In 1875, William James launched the discipline of Psychology in the US by offering a course at Harvard called Physiological Psychology. Ten years later in 1885, the Arizona Territory established the Territorial Normal School with its first cohort of 33 students who started classes in February 1886.

Within 5 years, this fledgling school in a rugged US territory was already offering classes in Psychology with courses called "PRACTICAL PEDAGOGY" and "THEORETICAL PEDAGOGY." Not only was Psychology one of ASU's earliest disciplines, but Psychology's first professor, Dr. James McNaughton, introduced football in 1896 while he was the Normal School's fifth principal (a position now known as the university president). 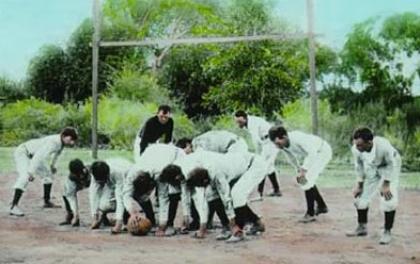 ASU's first football team (right), 1896-1897, was called "The Normals." Undoubtedly the team was named after the Territorial Normal School but it makes you wonder if McNaughton appreciated the irony of a psychologist starting a football team with that designation. 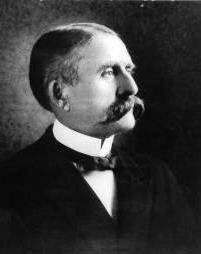 In 1925, the Normal School became Tempe State Teachers College and was authorized to grant a Bachelor’s Degree in Education. Soon after it was renamed the Arizona State Teachers College. By the mid-1920s, three Psychology courses were offered in the College's Department of Education. In 1932, a Department of Psychology was established and, with the part-time assistance of several faculty members from Education, 12 more courses in Psychology were gradually added. Five years later the College was authorized to grant a Master of Arts in Education and graduate courses in Psychology were initiated. 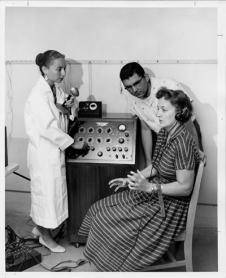 In 1983, the Social Psychology faculty approved the addition of an applied emphasis to the program and the Experimental program endorsed a plan to emphasize cognitive processes. The Developmental Psychology program was established in 1985 and in the same year, the Clinical program added an emphasis in health psychology to its existing child clinical & community psychology programs. In 1998, a Quantitative Psychology program was established, and in 2002, the Experimental area regrouped into two programs: Cognition & Behavior, and Behavioral Neuroscience. In 2004, the College of Liberal Arts and Sciences formed three subdivisions and Psychology became part of  the Natural Sciences Division. By then, the department had expanded northward into the Technology Center, renamed the Psychology North building in 2004, and by 2010, the department had research and office space in the Schwada Classroom and Office Building (SCOB). The department now offers doctoral degrees in six program areas:  Behavioral Neuroscience; Clinical; Cognitive Science; Developmental; Quantitative Psychology; and Social Psychology and in 2015, the department launched a masters program in Applied Behavior Analysis.

The Prevention Research Center (PRC) was part of ASU's Psychology Department at Arizona State University for almost three decades. It was first established in 1984 as an NIMH-funded Center to develop, evaluate, and disseminate prevention programs for children and families experiencing four types of stressors:  parental divorce, poverty, bereavement, and parental job loss. Over the years, dozens of leading edge research projects, programs, and studies were conducted to better understand why some children adapt well in stressful situations while others develop mental health and related problems. This work has included the Family Bereavement Program and its 15-year follow up and the multi-institutional study on children of unemployed parents conducted with Johns Hopkins and George Washington universities. PRC's work also helped develop interventions to promote better adaptation by individual children, parents and communities, and prevent the occurrence of mental health and associated problems. However, PRC was not simply a center where research projects were implemented and then published –  PRC also ensured that the interventions they studied were actually effective through experimental field trials and additional studies were conducted to confirm the dissemination of effective interventions were made available to community settings. Prevention research, evidence-based interventions, and the overwhelming positive impact of PRC’s work continues to be an integral part of Psychology’s bench to bedside science through the REACH Institute established in 2014.

Although Psychology started in a corner of Old Main in the 1800s, the Department now spans three buildings (Psychology, Psychology North, and SCOB) with additional research space in the Community Services Building and a newly renovated suite specifically designed for outpatient services conducted by the Psychology Clinic now located at the University Center Building A. Renovations to Psychology's main building (c. 1971) were begun Fall 2014 and included major infrastructure and safety upgrades to reflect the growth and diversity of the department. Completed in August of 2015, the interior of the building has state-of-the-art technology in its classrooms, research laboratories, advising, and conference areas. Our undergraduate majors can choose from one of three bachelor degree tracks:  BA, BS, and a BS in Psychological Science. In recent national polls, we consistently rank as one of the top 30 Psychology programs in the country (e.g. National Research Council  and U.S. News and World Reports) and the department is one of ASU's most productive academic units for research with almost $15 million per year in federal and foundation research funding.

Come be a part of Psychology and help make history.

If you were an ASU Psychology faculty member or student at any time in the past and would like to share your memories about the department, please submit your stories to psychology@asu.edu.  We'd love to hear from you!